Rocket Fuel For Life, Health and Wellbeing in 2020 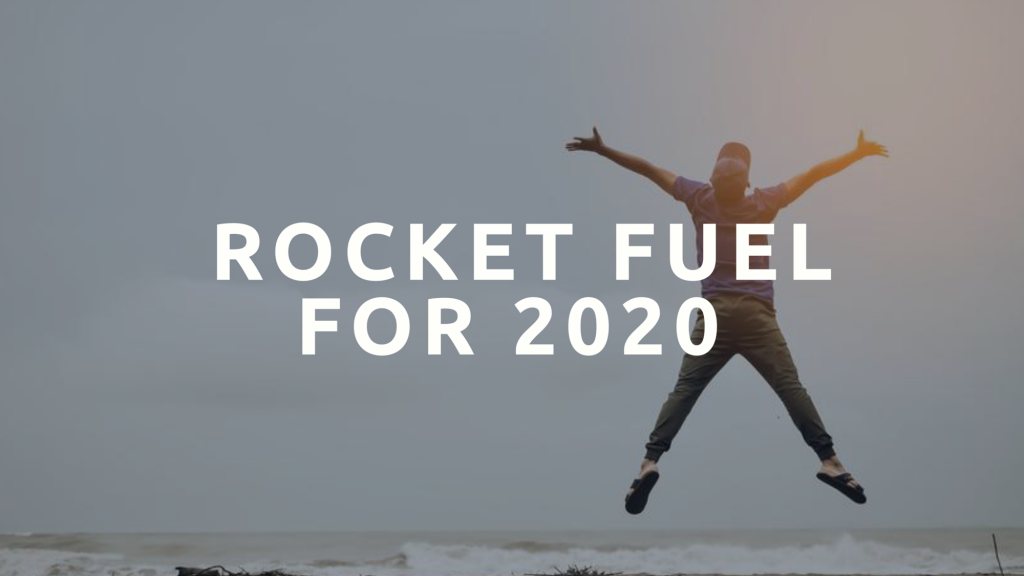 This one is an article I was asked to write for thefitnessmaverick.com back in 2018 but the content is just as relevant in 2020 and no more so than the start of the new year. So if you’re working towards a new years resolution or more than likely you’ve broke one or two already by this stage of January – then this article may be just the ‘rocket fuel’ you need to kick start the new decade.

97% of a rocket’s fuel is used at take off! That’s from the moment NASA launches a shuttle, 97% of its fuel is used up in the ﬁrst 3 minutes. After that, forces from the atmosphere and momentum take over to complete its journey. That got me thinking about life, business and health and the effort it takes to get started. The time, energy, ﬁnance and mental capacity it takes to get moving are signiﬁcantly more than it takes to keep moving. A lot of us waste the vast majority of these resources (Our Fuel!) too frequently just getting started again, failing to make a decision and sticking to a habit!

How many times have you returned to the gym or a new ﬁtness regime and stockpiled on all manor of supplementation and workout gear only for the same tub of half used protein to still be sat in your cupboard months later – and probably past its sell by date. And how much harder are those ﬁrst few weeks of lifting weights or upping the mileage? Or how many of you have not even started because there’s too much information or choice of gyms/classes out there?

How much time, ﬁnance and energy have you spent at the start of a new relationship? – those ﬂowers and meals out don’t buy themselves!

AND for those of you in business, how much harder is the start up, and beginning of a new project than the momentum that that effort creates?

The hardest part of any day is getting out of bed and moving in the morning (especially with these grey skies). After that we are up and moving and the day gets that bit easier – but before all of that, we need to make the decision to get up.

Indecision is why most people you talk to claim to be ‘tired’ or ‘really busy’ but yet are not achieving the results they want or goals they have set. Indecision is tiring and can be costly on your resources and fuel.

The average person spends too much of their life thinking about things they will never do, and worrying over the outcomes of things that will never happen; overwhelmed by so much choice and ‘the fear of getting it wrong’ that they paralyse themselves in to not making any decision at all!

Once you have lift off then then you need keep momentum and this comes from habit.

So whatever your goal whether it be in life, business or health – bundle up your resources Make a Decision. Start. Form a Habit and Keep Momentum!

AND next time you feel like giving up, remember it takes 97% of your fuel to get started again!

If you know anyone that the information in this article could help, then please feel free to pass it on and share with your family and friends.

At The Injury Clinic Market Harborough we treat people of all ages for a wide range of both recent and longstanding injuries. Whether you’ve sustained an injury during sport or exercise or have aches and pains accumulated from work and a busy lifestyle; we have the treatment solutions to help you live pain free, move easier and return to the activities that you enjoy.